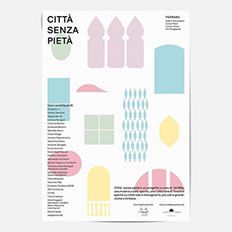 We are glad to be part of the urban art project taking place in Ferrara and organized by Collettivo Järfälla. We will be present with our story about the future of a fiction city: data city. 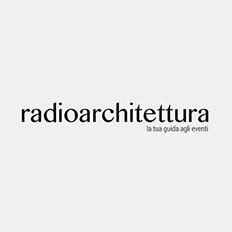 Here you can read our interview with Radio Architettura - Enjoy! 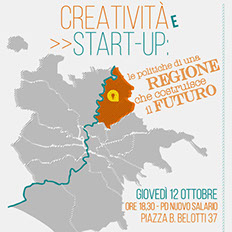 SET will be present at the "Creatività e Start-up" event organized by the Lazio Region and the  Councilor Gian Paolo Manzella, who in its institutional work, has dealt with issues such as creative industries, start ups and innovations, and also promoted initiatives that have seen our office involved such as "Lazio Creativo 2017".

Bologna Shoah Memorial has been selected by the  the International Jury of the Barbara Cappochin  Biennial Architecture Prize. We will be present during the Architectural Table on the 26, 27, and 28 October. 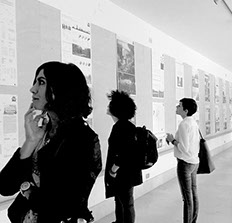 Next Monday, together with AM3 and Margine, we will be  present at the inauguration of the "New Italian Blood 2016 prize" exhibition in Palermo. 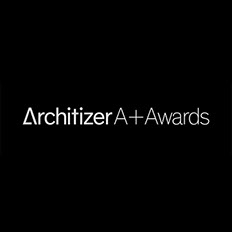 The winners will be announced on the 11th of April. 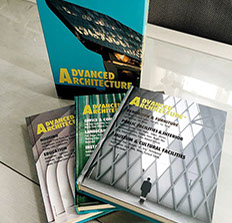 Three of our works - ALBUM, Bologna Shoah Memorial and Città PARCO - have been published in the book "Advanced Architecture" Vol.2 by DAMDI Publishing.

SET has been nominated as director for the selection of young talents in the category "Architecture" and will deal with the selection of finalists for the prize promoted by New Italian Blood during 2017. 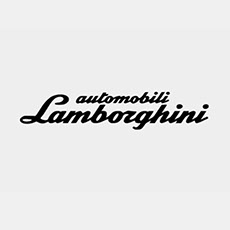 We are proud to announce that SET has been selected as finalist for the "Lamborghini Road Monument" Competition. Have a look to the project in our "works" page.

Recently we had a nice interview about our work with Giorgio Tartaro for Archimovie TV Web. It will be on line soon on our facebook page. 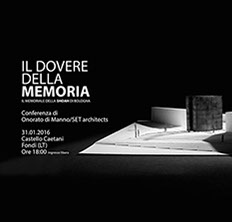 On Sunday, January 31 in Fondi at the auditorium of the Caetani Castle, the design and construction process of the Bologna Shoah Memorial has been presented by Onorato di Manno e Lorenzo Catena. "The Duty of Memory" was an event organized by the town of Fondi on the occasion of Remembrance Day. We thank all the numerous participants and the mayor of Fondi for his hospitality. 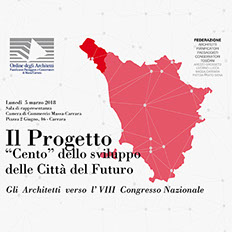 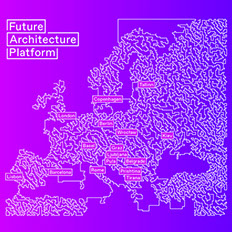 On the 5th of March we will held a lecture at the "camera di commercio Massa-Carrara". We will talk about our experience about design competitions and the design quality itself.

We are pleased to announce that our research project "New Primitive" is among the 21 selected ideas of Future Architecture 2018.

We will be invited to the Matchmaking Conference as part of Creative Exchange taking place from 15-16 February at Museum of Architecture and Design MAO Ljubljana.

Here you can see our project. 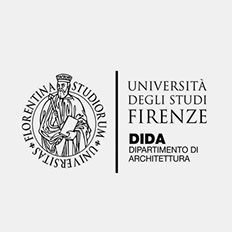 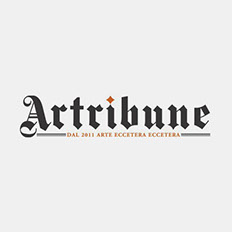 Tomorrow, November 7 at 5:00 pm, we will hold a lecture about our work at the Florence School of Architecture (Aula 9). Prof. Francesca Mugnai will introduce the conference.

During the New Generation Festival 2017 we were interviewed by Giulia Mura for the Atribune Magazine: you can read the article here. 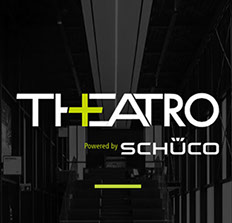 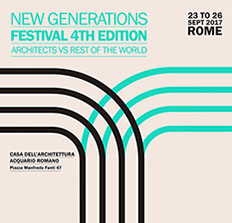 SET will be present at the international prize Dedalo Minosse hosted within the Theatro space in Milan-Brianza. In this occasion there'll be a lecture about the winning project of the special prize: Bologna Shoah Memorial.

We are glad to announce our new collaboration with mint LIST for the New Generations Festival 2017, kicking off in Rome from September 24-26th, 2017. During the event, inside the Casa dell'Architettura, there will be PRESS BOX designed by our studio, a site-specific installation which will encompass a reading area. 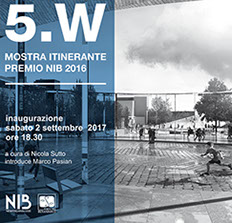 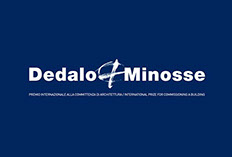 "SET" will be present during the 5W_Itinerant Show of the Young Talent Award NIB 2016, curated by Nicola Sutto and As Atelier. Will be featured 5 projects and the story of our generation's contribution to the architectural landscape.

From 2 to the 10 September at the PAB Punto Arte Benandantee, Portogruaro (Ve) gallery.

We are glad to announce that we are among the winners of the tenth editon of the Dedalo Minosse International Prize with the Laboratorio Morseletto Special Award. 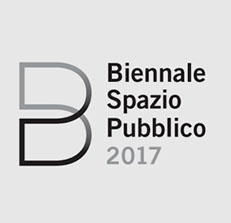 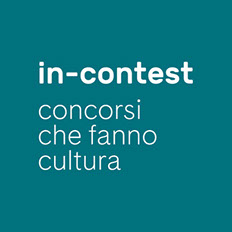 This Thursday we will be present at the "Biennale Spazio Pubblico" talking about the relationship between architect and client.

Thursday, April 6, during the Fuorisalone in Milan we will be attending "In-contest", an event organized by Superficial Studio. There we will talk about the competitions that make culture! 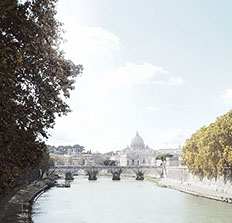 We are pleased to announce that SET has been selected as one of the jury members for Rome 2017 international competition by Eleven: People Places Ideas Design.

On the 2nd of Februrary in Bologna has been presented "Tzachor" the official catalog and the documentary on the Shoah Memorial that show the entire path from the competition to realization. Enjoy! Click here. 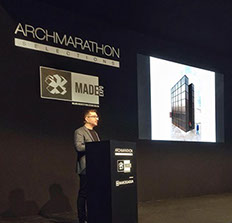 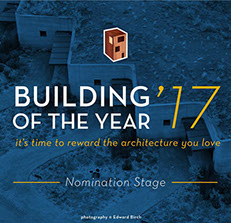 SET among the finalists for the Archmarathon Awards 2017! The international jury of Luca Molinari, Francisco Mangado and Vincenzo Latina have selected 28 finalists from 13 different countries to take part in the 2017 ARCHMARATHON SELECTIONS@MADE EXPO to be held from the 8th to the 11th March 2017 at the Archmarathon Arena in the Milan Rho Fiera.  SET is shortlisted with the Bologna Shoah Memorial in the "Religious buildings" section.

Our projects "Bologna Shoah Memorial" and "ALBUM: a collection of 10 photos" have been selected by Archdaily among a shortlist of projects representing the best of architecture of 2017. 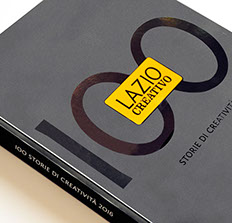 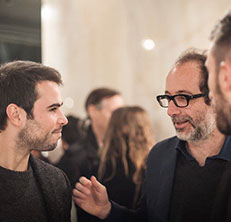 SET was ranked first according to the contest "100 storie di creatività del Lazio" in the "Architecture and Design" category. The contest is designed to promote the talent of the 100 best creatives in the field of architecture, fashion, photography, cinema, theatre etc. of the "Regione Lazio". SET will be among the protagonists of the book "Lazio Creativo 2017", a publication that showcase the top 100 creative groups under 35 of the Lazio Region, describing their stories, projects and their creative ideas. 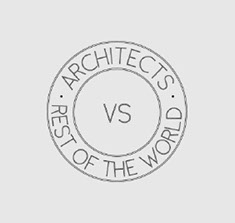 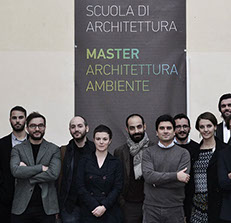 ARCHITECTS VS REST OF THE WORLD

SET has won the second prize New Italian Blood dedicated to young Italian architects and landscape designers under 36. We would like to thank all the competition organizers; it was an inspiring experience that gives us hope for the future of Italian architecture. 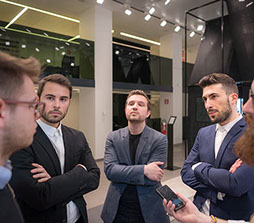 On Wednesday, 13 April, the award ceremony and the inauguration of our temporary installation winner of the international competition Florim4Architects "Exhib-It!" took place at the Florim flagship store in Milan. It was an exciting event. We thank all everyone who was there with us,  as well as the organizers and the Florim team!

We are happy to announce that SET architects has just won Florim4Architects EXHIB-IT international competition! SET will realize its sustainable installation at the Florim Flagship Store in Milan during the Salone del Mobile 2016! Come to look at it  at Foro Buonaparte 14, Milan on the 13th of April. 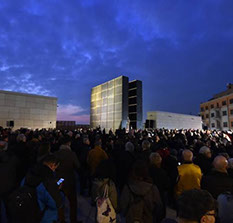 Last Wednesday, on the 27th of January 2017 on the occasion of the International Holocaust Remembrance Day, the Bologna Shoah Memorial has been inaugarated.

SET wants to thank all the companies and professionals who made it possible, as well as the Jewish Community and the City of Bologna, its citizens and all the institution representatives who attended the event.

On the occasion of the International Holocaust Remembrance Day, we're excited to invite you to the opening of Shoah Memorial on the 27th of January 2016.  The event will start at 17:30 at Nuova Piazza, Ponte Matteotti, Via Carracci in Bologna.

All content is ©2020 by SET Architects. All rights reserved.